How Does Friction Welding Work?

Friction welding is categorized in the welding industry because heat is focused on the interface between two objects to join them. Despite the name, it is unusual to think that the Friction Welding process (also sometimes known as spin welding) bears little resemblance to conventional welding. Both conventional and friction welding processes face similar limitations on alloy content. For example, graphite, lead, and sulfur can interfere with weld fusion in either case. However, each of their heating methods is quite different.

Conventional welding uses an outside heat source such as a torch flame and adds filler material to the outside edges of a joint. The hot filler material fuses to the hot metal of the base components. This link across three elements at the interface perimeter creates the weld joint.

On the other hand, the Friction Welding process obtains its heat from the resistance caused by moving one piece to another stationary piece under extreme pressure. No burning fuel is used to generate the heat, nor is any filler added. The resulting joint is a solid-state fusion of the two base components across the entire face of the weld zone. The solid-state joint offers superior strength because it does not rely on a third material limited to the perimeter to hold two components together. 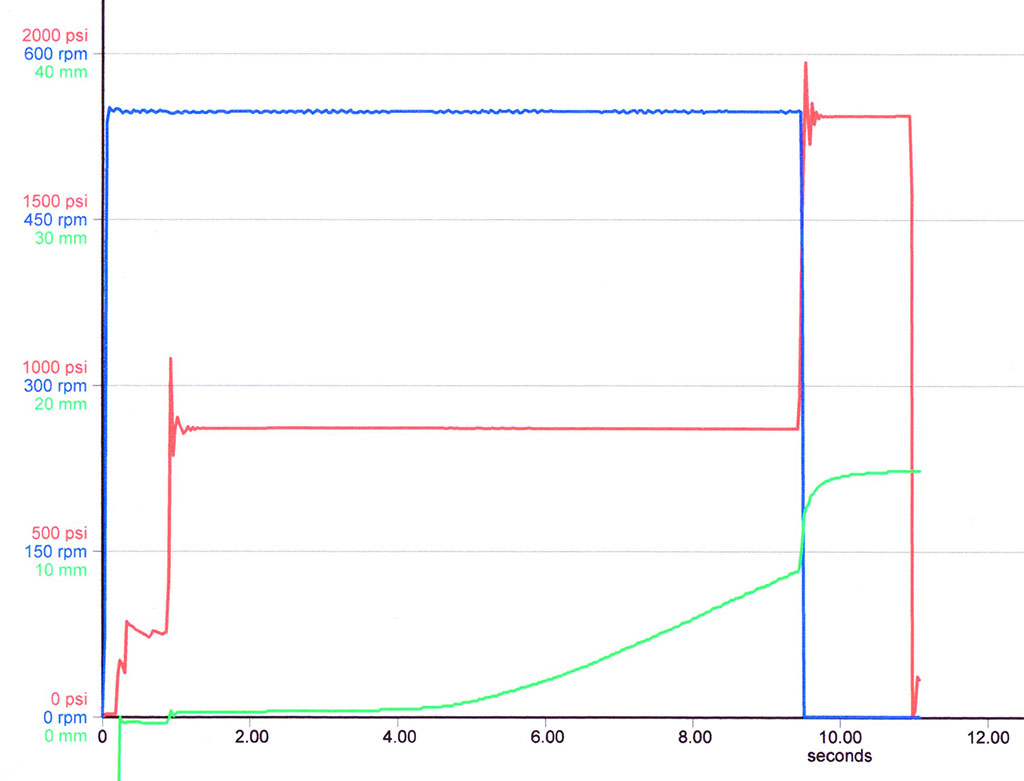 Summary of the Phases of Friction Welding

The x-axis indicates time in seconds. The y-axis indicates the three remaining parameters that are key to friction welding: Pressure in red, RPM in blue, and Length-Loss in green.

Contact American Friction Welding today for more information or to request a quote!